HSW Newsflash: New Isbell record due out in Feb. 09 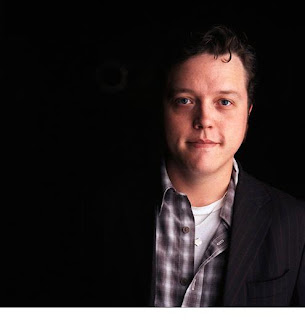 Exciting news from the Young Bill Clinton look-a-like front: Jason Isbell and his fantastic backing band, the 400 Unit, will release a new album in early 2009. It won't be released by New West, as the wonderful Sirens of the Ditch was, but rather by Lightning Rod Records, a small indie label whose roster is just Isbell and singer/songwriter James McMurtry.
Here's the scoop at Lightning Rod's homepage, tracklisting and all. Very much looking forward to this one! And tour dates are soon to be announced, so make sure you catch him live, too...
Posted by George at 1:52 PM