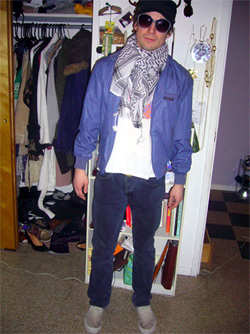 This is a catch-all term regarding any sort of hipster-approved subgenre, whether it be straight up indie pop, electronica, Americana, shoegaze, progrock, etc. They comb record store used racks and torrent sites, and champion certain pop music acts ironically ("I know it's lame to say, but Rhianna is actually pretty rad"). They are fluent in many forms of nonverbal communication, including scoff, sigh, and 12 kinds of eyeroll. 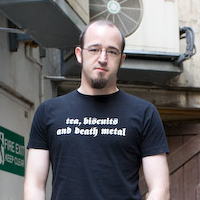 Cousin of indie-snob; listens to nothing but venomous, ear-splitting metal with Satanically distored guitars, machine-gun snare, and grumbled or screeched but always unintelligble lyrics regarding mythically dark subject matter. Bands have name like "And Snakes Will Rain Down" or "Myrthh:(". Songs are only distinguishable to the trained, tinnitus-ridden, guage-stretched ear. Often record store employees. Are often not distinguishable from indie snob aside from increased presence of black in wardrobe, and not to be confused with shithead Hot Topic crowd who think Evanescence is dark.

Wears: Black by and large, jeans, black rims, beard
Average Cost of Gigs: $15; $850 if including roundtrip tickets to Oslo for metal festival
Tattoos: Sleeves of regret
Profession of Choice: Tattoo artist, metallurgist, event staff
Overheard: "Set up the Settlers of Catan board while I throw on Sunn O)))"

The Jazz snob has little to no insterest in music that isn't a complex tapestry of modal shifts and improvisational meanderings. Generally middle aged, wealthy and often jazz musicians themselves, they scoff at all forms of popular music and lament the dumbing-down of the medium, with regards to their hippin and the hoppin and the bippin and the boppin. 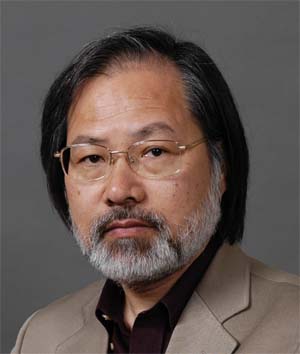 Similar to the jazz snob except, on average, a few years older, also have no interest outside of symphonic movements of centuries past. John Williams is not acceptable, either, for he is modernized overwrought swill. In order to garner the classical snob's respect, one's works must have been forged by a quill pen and gently dusted by talcum flurries from a powdered wig.

Wears: Suit, beard, spectacles, designer dress shoes, NPR 5th level donor robe
Average Cost of Gigs: $150 for nosebleeds
Tattoos: "I've no time for unsightly ink blemishes. What do you take me for, some hayseed?"
Professions of Choice: Professor, chemist, NPR on-air personality
Overheard: "The chardonnay is dreadful, but this foie gras is a divine spread."

The guy who knows every song on the radio at any given time. He has synced his quality standard with radio playlists, and chooses to procure no further knowledge of music. He writes off any non-radio band as "weird" or "underground" and assumes that their inability to achieve widespread airplay is a direct result of their inadequacy as a musician. Ironically, his friend is in a band that, according to him, "Is trying to get big." He also lives and dies by the 'top 100' countdowns that VH1 excretes every few months. His 'favorite music' section on Facebook reads "ANYTHING AND EVERYTHING -- MUSIC IS LIFE: Jack Johnson, Nickelback, Nelly, Fallout Boy" and so on.

Wears: Cargo shorts, K-Swiss, spoiler upgrade on Honda Civic
Average Cost of Gigs Attended: $70. The Pop Music Snob rarely attends concerts, except when big-ticket acts are playing massive arenas.
Profession of Choice: Anything menial; probably what the guy next to you does; Amway salesman
Overheard: "Fuck yeah, I know you heard dat, Mason. They're playing Pussycat Dolls in Hollister. Good an excuse as any to snag me some factory fades."

The Association Chart:
Here's how snobs of different classes view one another:

The indie and metal snobs feign mutual respect. "Oh, cool," they'll say when informed by the other of his musical inclinations. "That's cool, I'm not too familiar with that stuff but I hear it's pretty rad." All the while, they'll be lamenting the other and the awful, awful music he likes.

Indie snobs feel that it's necessary to appreciate classical and jazz, for they are next year's Class 3 snobs. Metal snobs, on the other hand, will go deaf long before their angst is dulled to the point that jazz seems like a good idea.

Pop snobs, again, don't recognize the other three, nor are they cognizant of the fact that they're the target of much disdain from the other camps. They will die ignorant and none the wiser. And perhaps they'd just as soon have it that way.

No one who writes for this blog falls in any of these categories...surely.....

Nice Work! I should point out that it is possible in some cases to overlap in snobbery. For example, the Jazz snob who reflects back on his Indie snob days might reference that Steely Dan Bootleg that accidentally got tossed out of the car with the weed in 1972 when the cops pulled them over.