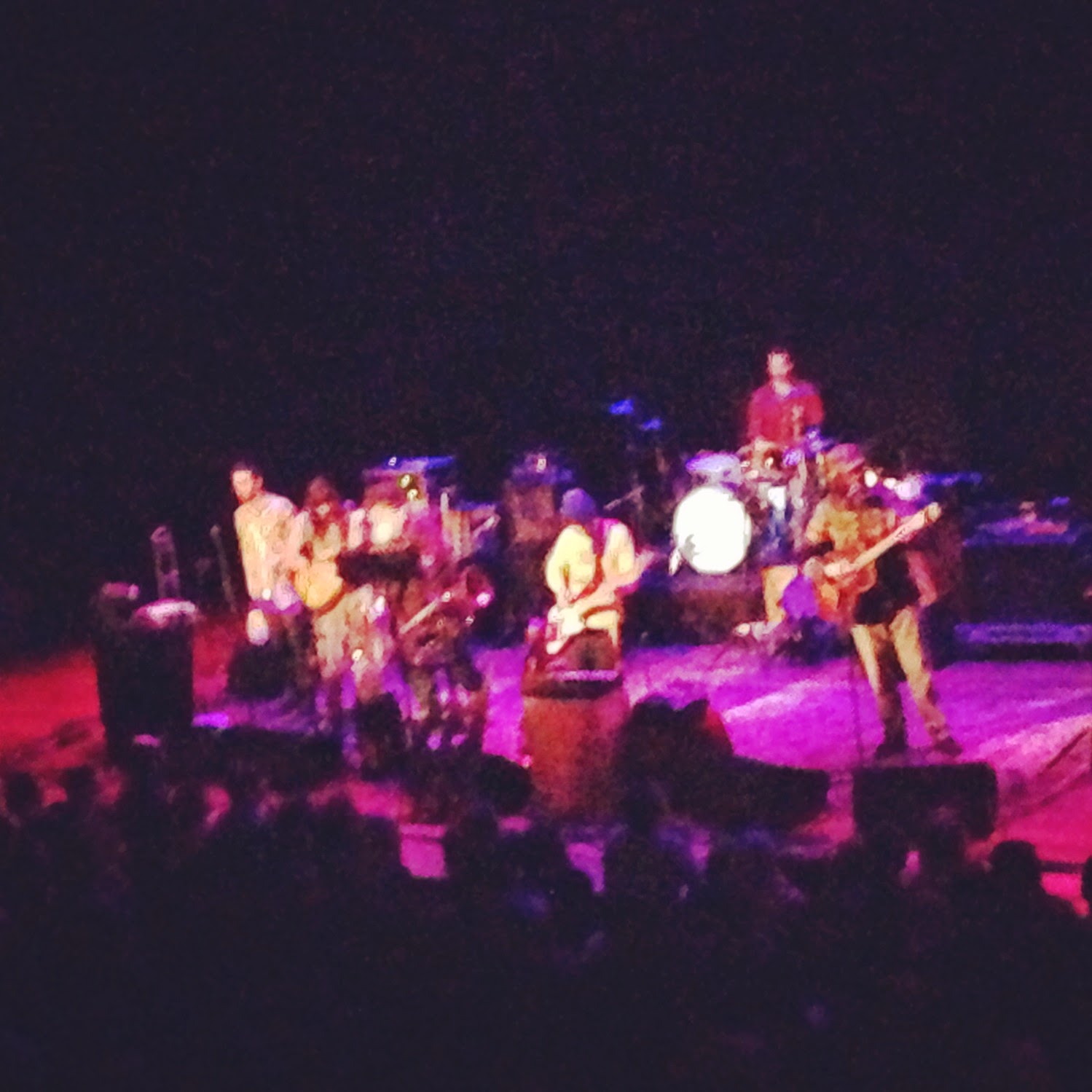 But let's start from the beginning. The year was 2004, my best college buddy loaned me a stack of CDs he rightly considered essential. Wilco’s Being There, Neil’s Harvest Moon, Modest Mouse’s Lonesome Crowded West—albums I now consider favorites but at the time only had a cursory familiarity. With them was a disc called In the Aeroplane Over the Sea. Neutral Millk Hotel’s magnum opus might have been the last of the stack I spent time with, and it was the hardest sell. I initially recoiled at Jeff Mangum’s air-raid siren singing and the splintery guitars and sadsack horns that blasted like Pamplona toros across the record’s forty minutes. But over time, I grew enamored by those twisted anthems and can recall a weeks-long period where it was the only thing I played.

Jeff Mangum disappeared from the public eye in 1999, spending the next decade in reclusion while his records, especially Aeroplane, achieved classic status. So when he reemerged sometime in the late 2000s via spot appearances with cohorts from his Athens-based Elephant 6 coterie, his fanbase clamored for new music and live appearances. While Mangum, to my knowledge, has yet to reveal any new songs or suggest that any exist, he has toured extensively since early 2013. After a string of solo dates (I caught his Charleston stop from the front row!), news once thought impossible broke: Neutral Milk Hotel would tour. This wasn’t just a scattered constellation of dates, either. An expansive world tour would take the band around all of the country and most of the world. I guess ten years in the shadows gives you that travel itch.

With no dates closer to Charleston than Asheville, I opted for their stop in Nashville. I snagged a ticket for the band’s February 4th stop at the famous Ryman Auditorium—we’ll jump ahead to that night. My seat was at the lip of the balcony, about two sections right of center. While I am a sucker for stage proximity, this vantagepoint offered a unique and fulfilling stage view, unimpeded by backs of heads or swaying arms.

I really liked what I caught of opening act Elf Power, a Athens, GA indie act that’s been around for two decades and sounded as tight as any band with that degree of longevity. I’ll confess to exploring the venue a bit while they played, but those handful of songs I caught were memorable enough to play to my advantage later that night.

When Neutral Milk Hotel took the stage, the first thing I noticed was that Jeff Mangum was dressed nearly identically to how he was a year before at the Charleston Music Hall: dull sweater, baggy pants, boots and a flat top cap. Perhaps Mangum, like many powerful men of our time, embraces routine to cut down on unimportant decisions. Or maybe it’s coincidence.

Mangum was joined by the Aeroplane-era lineup that included multi-instrumentalist Julian Koster, hornplayer Scott Spillane, and drummer Jeremy Barnes. A few others cycled in and out throughout the night, including at least one member of Elf Power. No matter the lineup, never did Neutral Milk Hotel sound anything short of explosive. The setlist was not dissimilar from that of Mangum’s solo turn, but so stirring was it to hear Koster’s singing saw warble over the verses of “In the Aeroplane Over the Sea” and Spillane’s horns blaze on “Holland 1945” and Barnes’ drums build to a boil on “Ghost”. One wouldn’t have guessed that this was a band fresh off 15 years of dormancy, for lack of rust or anything resembling decay. Mangum’s voice has deepened a touch with age, but not damagingly so. His ability to hold a sustained vocal note with mechanical precision evoked several ovations throughout the night (as a terribly average vocalist, I can vouch for how difficult it is to hold good notes.)

On the whole, the band was lively and energetic. I’ve always taken Mangum for the stoic and reserved type—I guess that’s what reclusion and a (physically) undynamic solo performance will do for your reputation—so watching he and Kostner pogo during a breakdown like a couple of highschoolers was endearing. Kostner, by the way, was an utter dynamo, shuffling instruments at an exhausting pace. Singing saw, banjo, bass, accordion, chord organ (I think), and I’m probably forgetting a view.

While song of the night might have gone to any of them—”Song Against Sex” from On Avery Island incited an especially palpable frenzy from front row to back—I was somewhat surprised and delighted to hear “Untitled”. Aeroplane’s penultimate track, it’s a proud, explosive instrumental march that feels like a victory celebration under fireworks. The players captured the recorded version’s cathartic jubilance.

One fascinating moment from the evening: an announcement forbidding photography was, of course, ignored, and some cavalier front-rowers brandished smartphones at Mangum, who paid them no mind until a staffer sprinted onstage and aggressively swept his Maglite at the violators. Mangum—mid-song mind you—gestured for the staffer to fall back. Whether he was defending his audience or irritated that the staffer would interrupt the song was unclear, but he clearly wasn’t thrilled with the stagehand. After the song, Mangum even offered a brief apology to those fans, and then made an on-mic appeal to the audience at large. To paraphrase, he said, “I understand why you want to take pictures, but I would ask you to simply enjoy being here and together.” And it actually worked quite well.

After the show, my Nashville pals and I popped into a few honkey tonks, eventually settling at Robert’s for a burger and more than a few beers. We watched the house band blow through country standards and surf rock tunes until last call. Eventually, I spotted a few members of Elf Power shuffle in and park next to us. I found myself standing next to the guitarist, and we smalltalked about the bar band before I finally revealed I was at his show earlier, and garnered some goodwill by namedropping a new song they’d played that he’d written (always listen to song introduction, folks!) Upon learning I was from Charleston, he introduced me to the band’s drummer, a native Charlestonian as luck would have it.

Eventually, Kostner and Spillane joined the Elf Power crew, and the uniqueness of the situation was not lost on me. Here it was, Tuesday night in Nashville at a honkey tonk that wasn’t half full, and two members of a mysterious, legendary band I’d spent the past decade listening to were standing mere feet from me. Only in Nashville? Maybe not, but it certainly validated my decision to make the longer trip.

Perhaps to preserve my reverence for the band, I refrained from interacting with the NMH representatives, excepting for one moment when Kostner wondered aloud, “Should I get the regular fries or the sweet potato fries?”

Thanks for sharing !! Great blog :)